“This Fogo Island, you can feel it as soon as you put your foot on it.” Thomas Bayrle crushes a fresh walnut in his over eighty year-old hand. He’s back in Frankfurt am Main, back in Germany, but the time he spent with his wife Helke on the island in June of 2018 hasn’t ceased to affect him. It was “four weeks spent without a plan,” he grins suggestively, “then it turned out to be a time when something developed all by itself.” 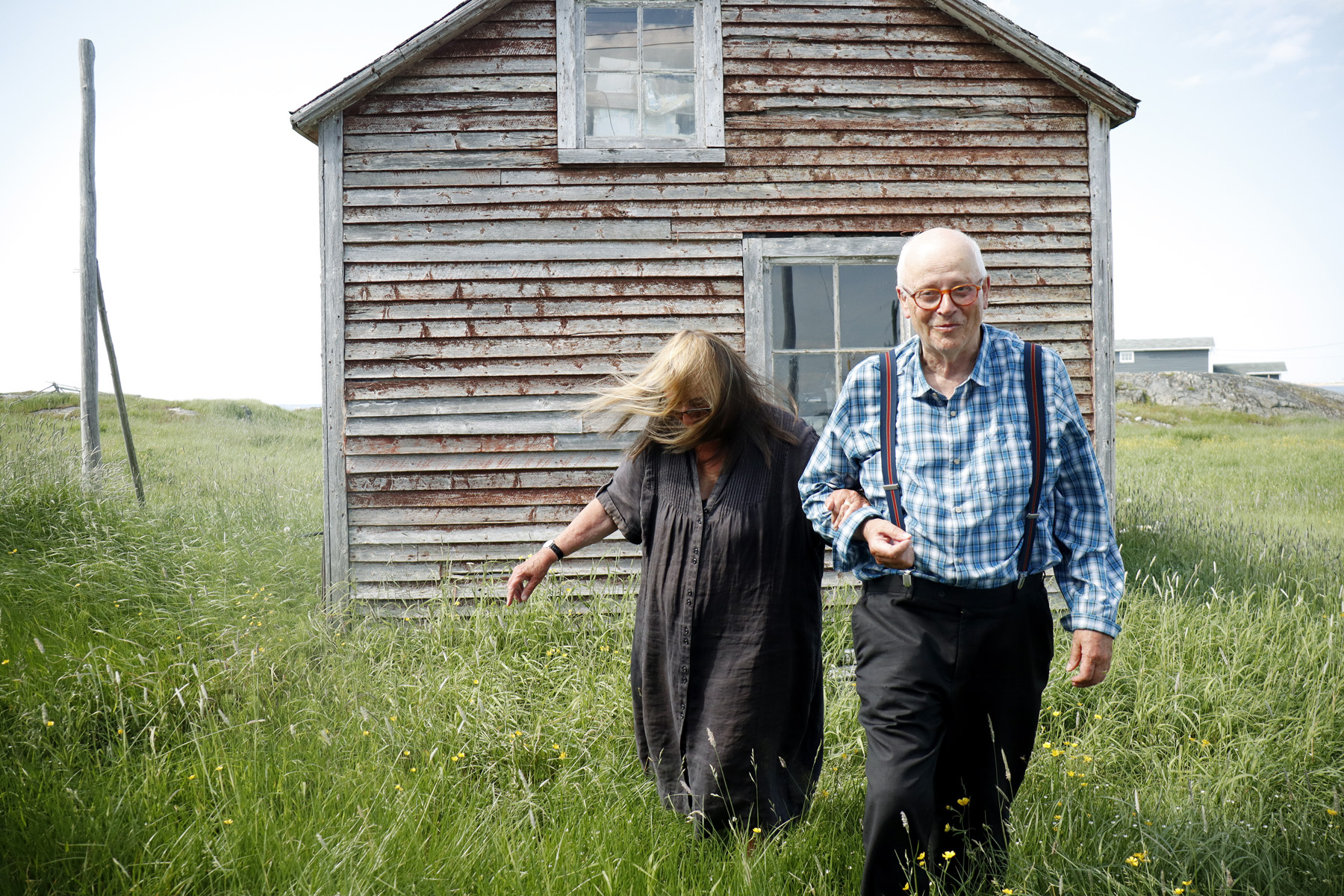 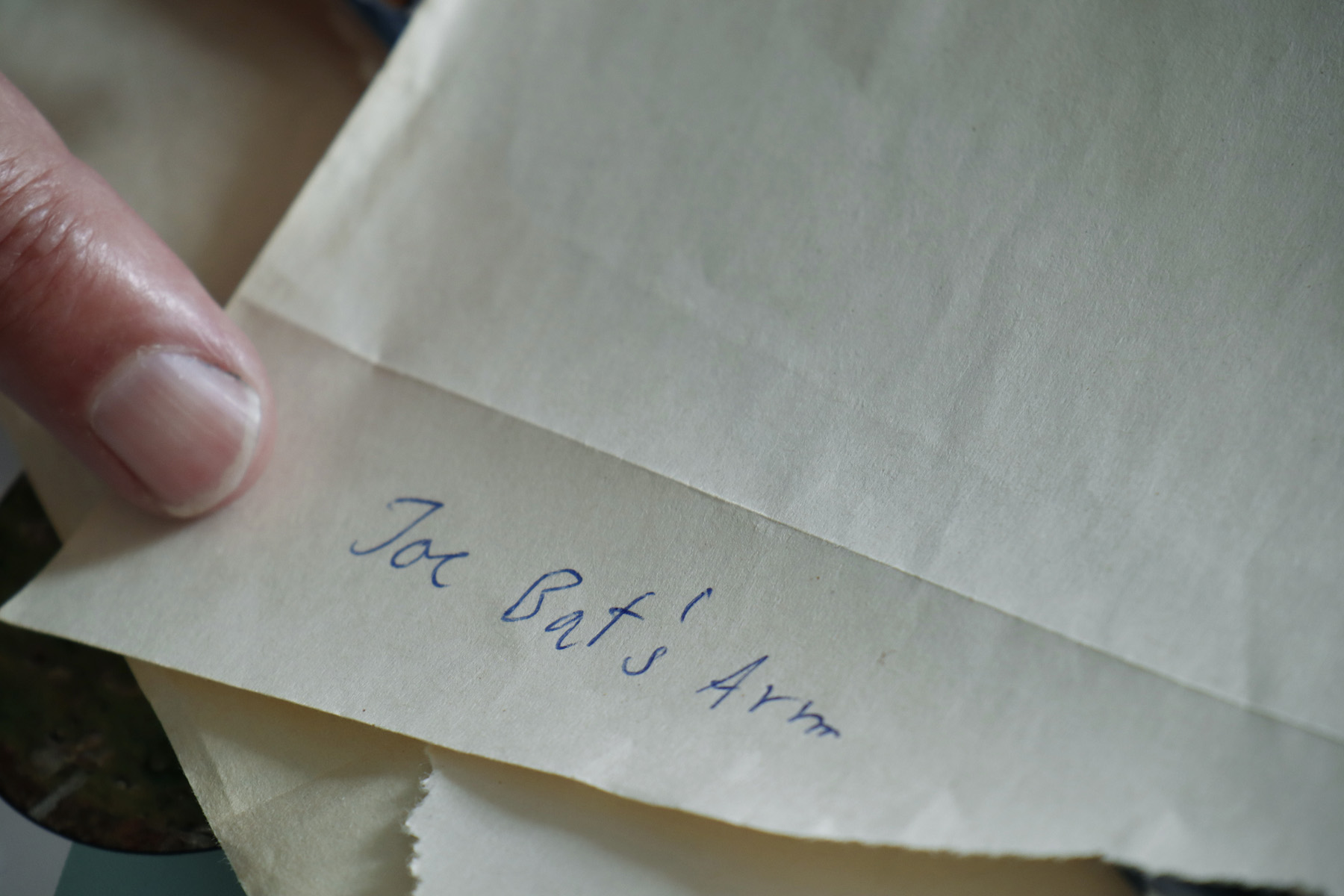 Bayrle is a true artist personality, an ‘old man,’ as he says. On June 20, he opened his retrospective “Playtime” at the New Museum in New York City, a compilation of works from the last 50 years. An intense time for him, demanding, exhausting – and all in the terrible heat of New York. To fly from there to Newfoundland, to recover on Fogo Island, to regain strength, to relax properly without expectations, that was Helke and Thomas Bayrle’s plan: “Being properly bored, is the nicest thing there is.”

“This almost unbelievable sound of all that water”

“It probably took a week,” then something changed. “It was so pleasantly cool, an amazing sea, incredible sky, and then these little villages,” he says. “Everywhere little brooks and streams. Plants and rocks, there are hardly any paths, you just go out into nature, like through an open door. I jumped over one brook only to land in the next – suddenly my feet were soaking wet. “And then the boredom was over, no more ‘reading and eating’. It became “So excitingly beautiful, almost more than you can stand.”, Bayrle smiles, looking inward: “You can’t help but do something, like being a child.” 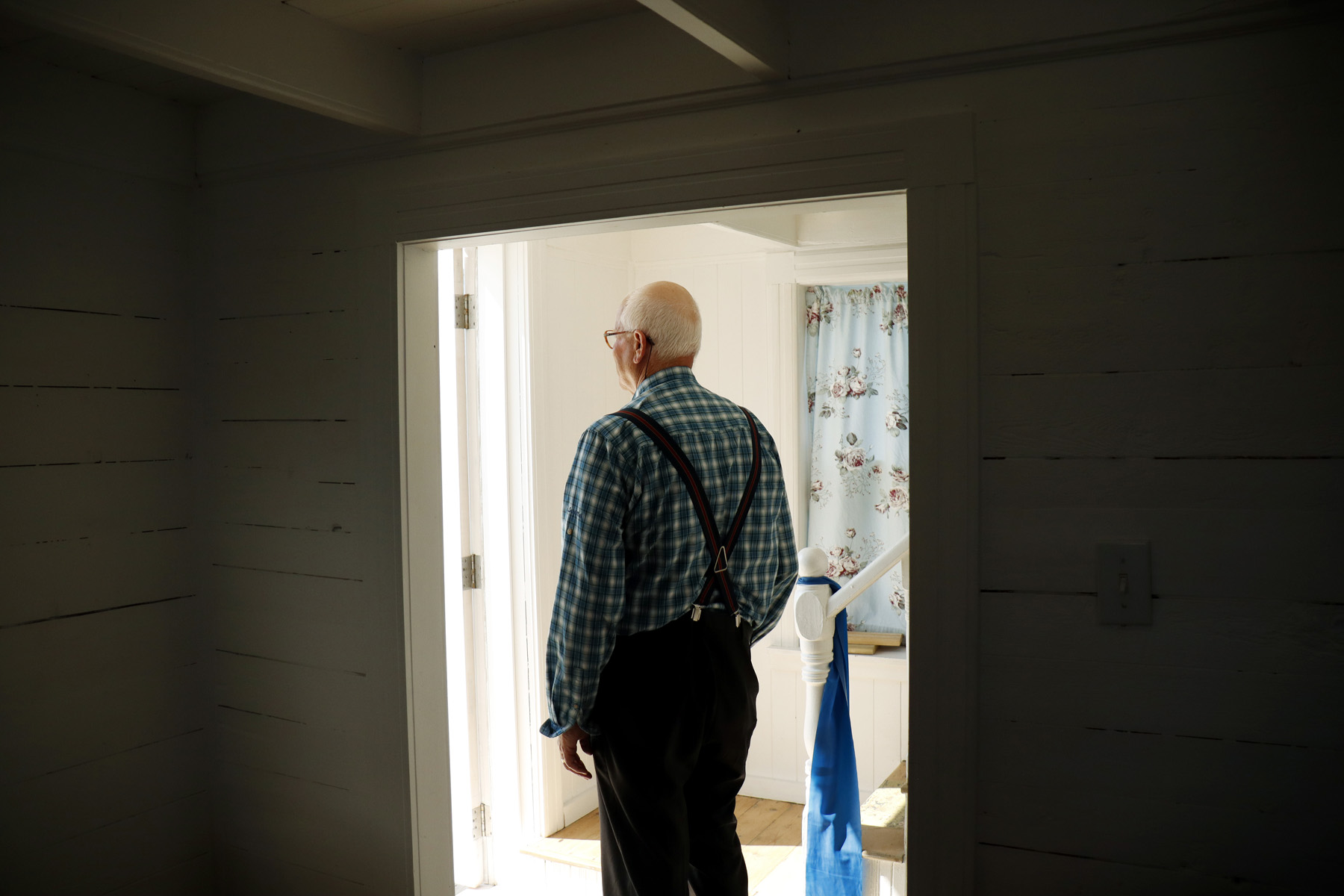 “This is an ancient piece of rock”

“I do not need to talk about authenticity there,” he emphasises. “This is not a landscape that has been prepared. It has not given way in the least.” Bayrle roams through his garden, looks at the rose hips, picking up a few more walnuts, he turns them in the dim, faltering light. Then, in his heart, he is back on Fogo Island: “I do not need to make a monkey of myself, I don’t need to follow any rules, I go with a power that’s already here. Here you just do something completely different and don’t simply carry on with your career.”

“It was so exciting I could almost feel my heart beating.”

Even in the all-wooden house where he and Helke lived in Joe Batt’s arm, Bayrle discovers things that have an unusual attraction for him: “I simply took some leftover paper that was there. I found it beautiful that the others had somehow left it behind. I realized that I could just scribble away, I have 5 different papers, 6 different papers, they are all torn on one side. I take them. One is yellowed, the other was even printed on, so I use the other side. I used such things as a starting point and worked as I did 60 or 70 years ago, when I did not know or want to know anything about art.” 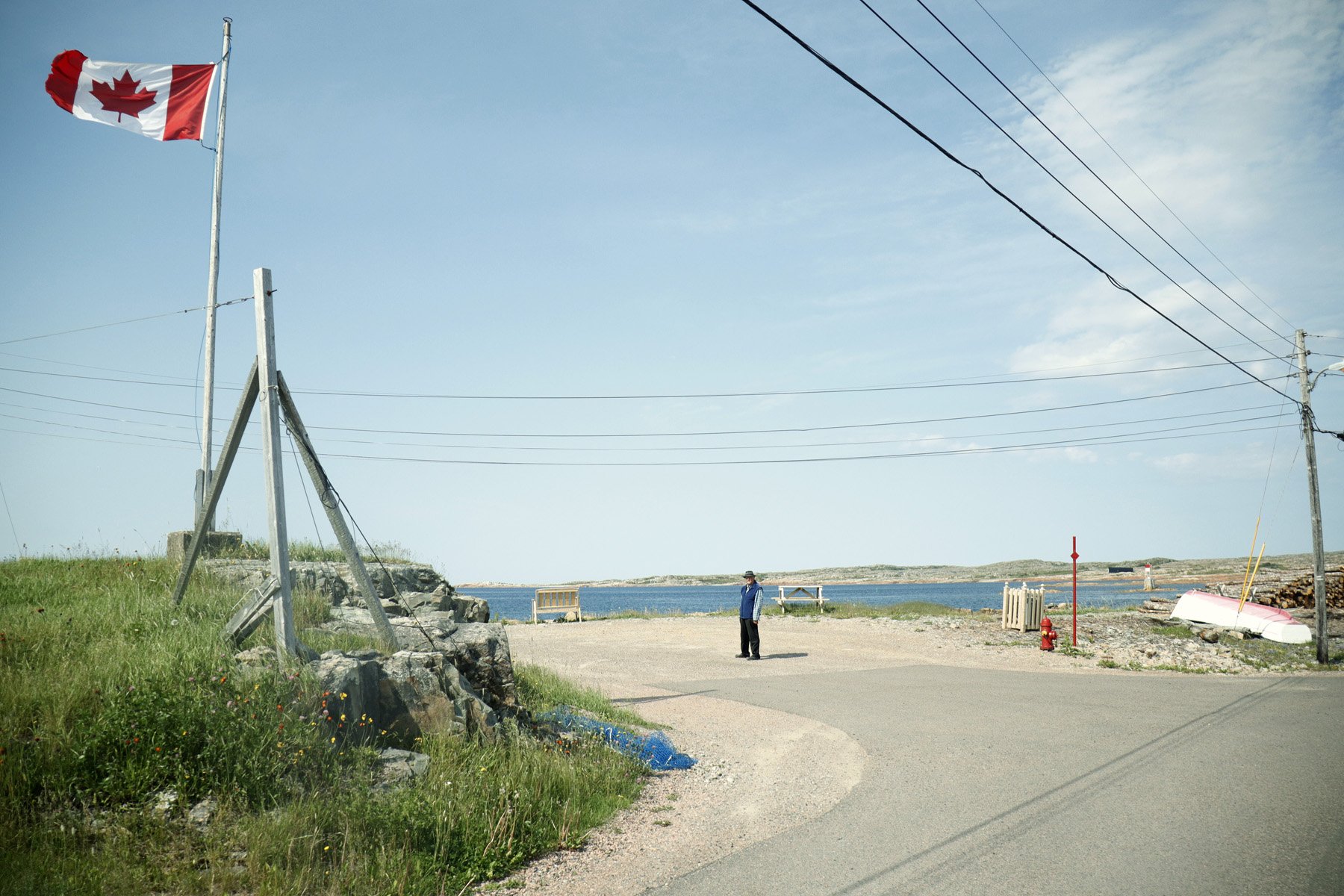 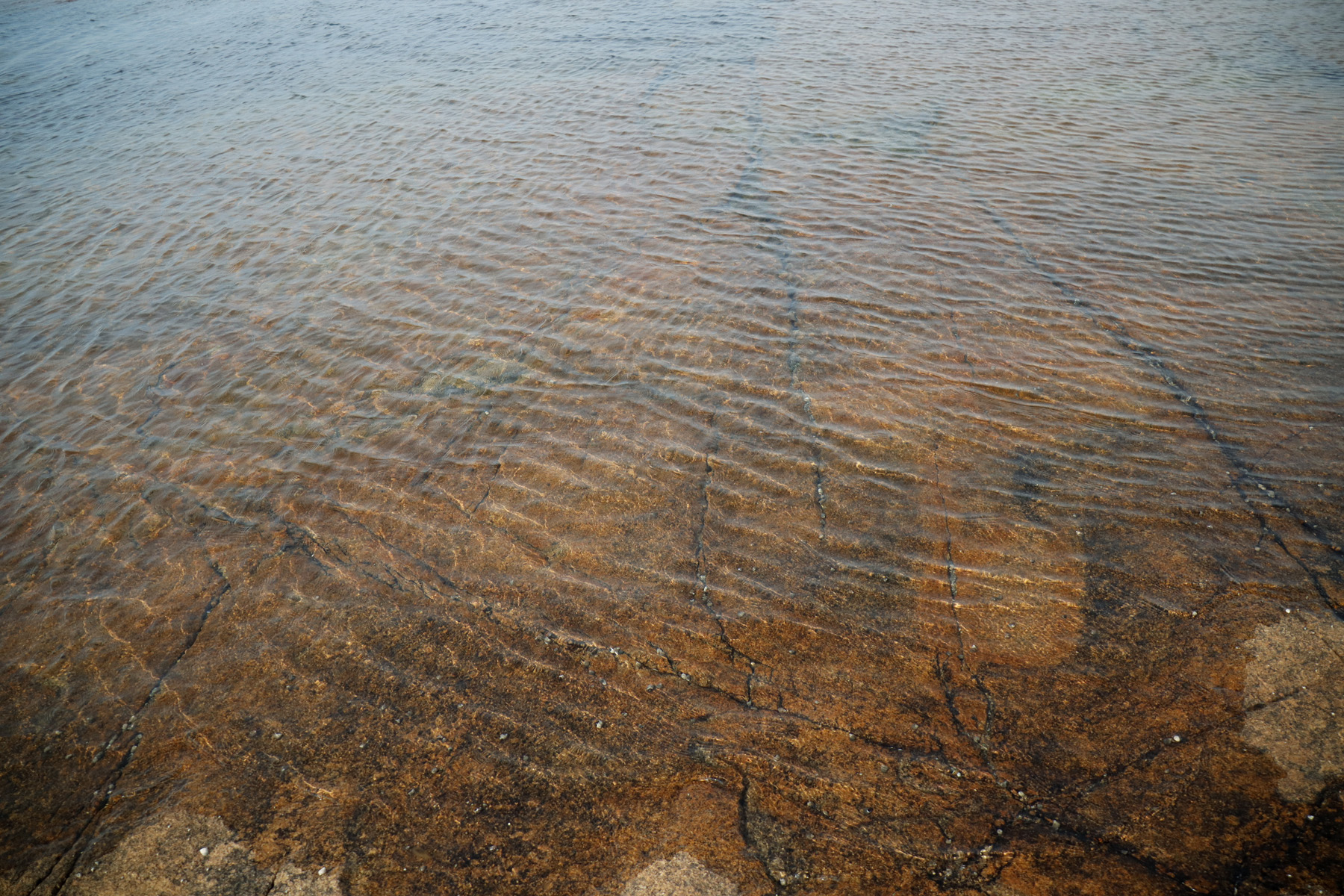 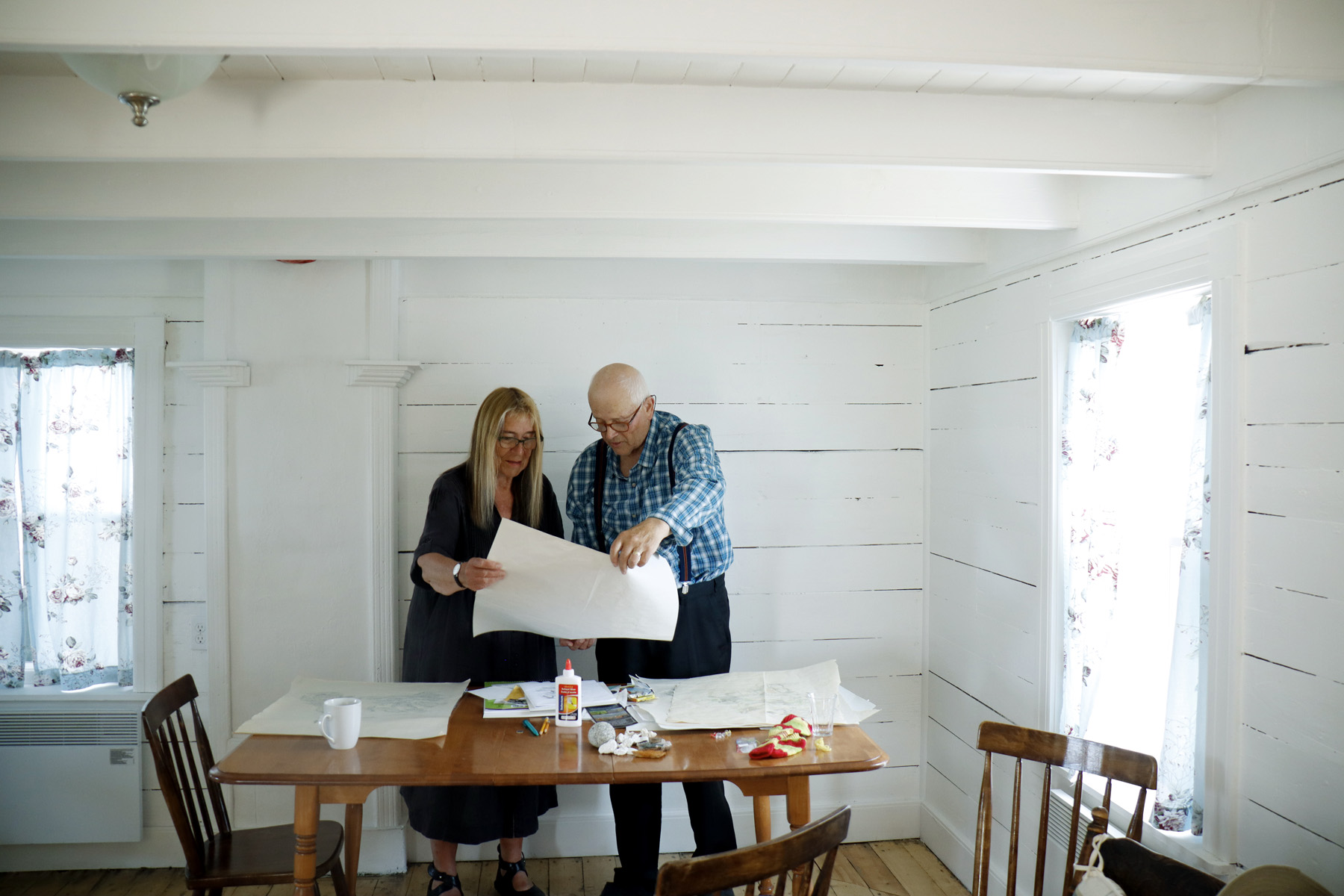 “No trick, no photo, nothing. Instead I just draw a few rocks, sitting on a stone until my ass hurt. Moss and grasses, I was thrilled that I could actually just do a drawing of a rock with plants in it, with notches in it and to do it with just a pencil on a piece of paper. That would never have occurred to me anywhere else.”

Thomas Bayrle has visited many places as an artist and he has always felt pressure, the expectation of a new development in the continuation of his work. “It was very special”, he describes the effect of the island, its landscape, its people and their unquestioning hospitality: “In other places everything always has to move on, there must be constant progress. Returning to the infantile, was forbidden to me so far. Forbidden work. That’s something that happened 70 years ago. You are not allowed do that anymore. You aren’t allowed to go backwards, you have to take everything forward.” Bayrle straightens up and looks over at Helke, laughing.“I only did what I wanted to. That’s something you only let yourself do where you feel very free.” SJ 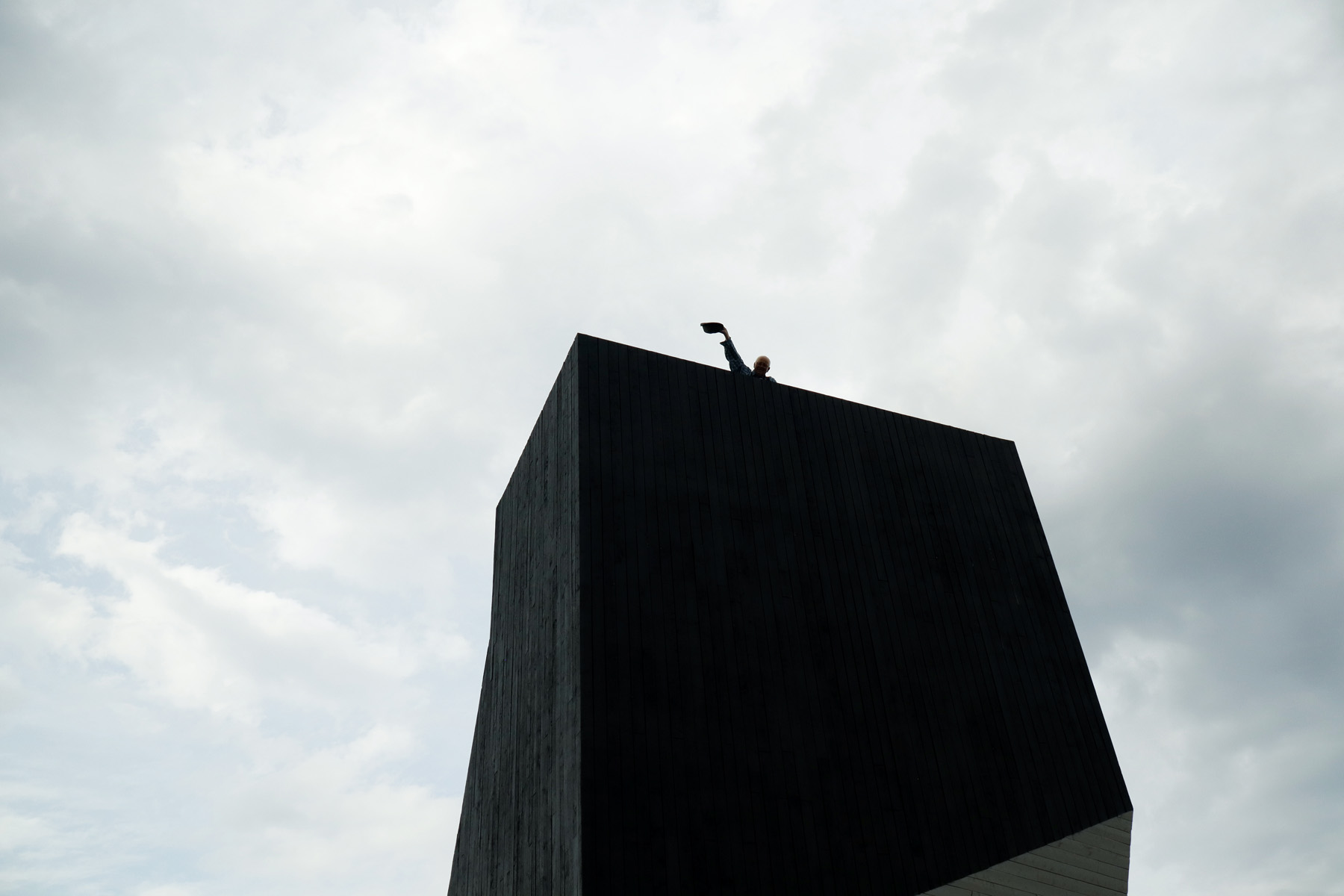